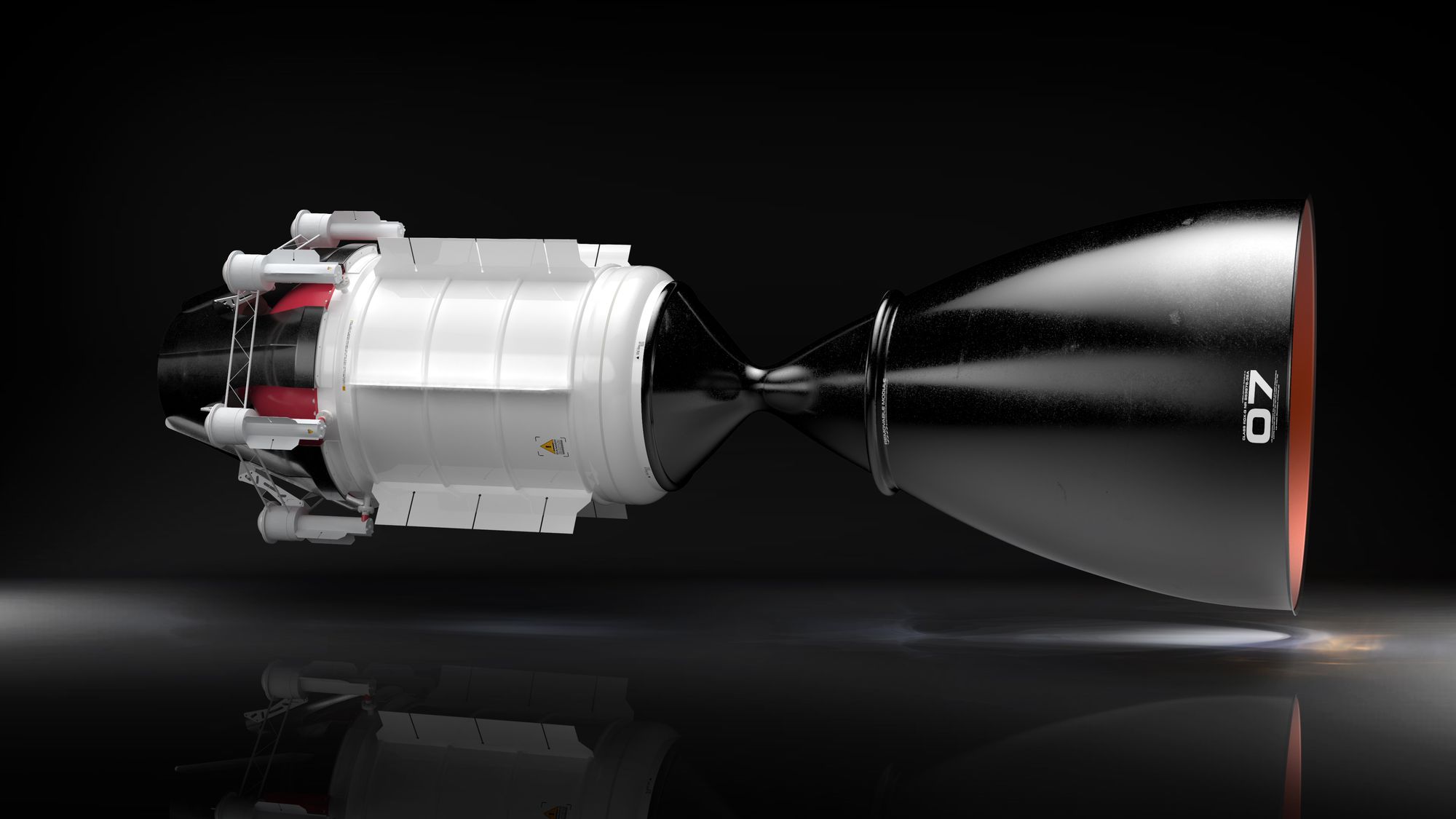 “We want to lead the effort to open new frontiers in space, and do it quickly and safely,” said Dr. Michael Eades, principal engineer at USNC-Tech. “Our engine maximizes the use of proven technology, eliminates failure modes of previous NTP concepts, and has a specific impulse more than twice that of chemical systems.”

“Key to USNC-Tech’s design is a conscious overlap between terrestrial and space reactor technologies,” explained Dr. Paolo Venneri, CEO of USNC-Tech. “This allows us to leverage the advancements in nuclear technology and infrastructure from terrestrial systems and apply them to our space reactors.” A prime example of this is the nuclear fuel at the core of the USNC-Tech NTP concept.

In an NTP system, exceptionally high levels of thrust are achieved by passing propellant through a specialized reactor core, reducing interplanetary transfer durations. Additionally, NTP systems achieve expanded payload mass capabilities due to their two-fold increase in specific impulse compared with chemical propulsion systems. As a result, NTP offers an entirely new mode of in-space transportation, enabling rapid movement of high-mass spacecraft architectures to deep space destinations (current NTP designs could deliver a crew to Mars in as few as three months) and a new, highly agile degree of cislunar mobility. If designed with commercial sustainability in mind, modern NTP systems can offer these benefits to commercial space entities in addition to government agencies like NASA and the DOD, enabling new business opportunities such as rapid orbital logistics services.

USNC-Tech prioritizes technologies and architectures that enable commercial manufacturing and near-term deployment while meeting safety and mission requirements. The NTP concept delivered by USNC-Tech was designed to enable a successful near-term system demonstration and reduce barriers to full-scale deployment.

If you would like to learn more about the NTP concept designed by USNC-Tech and AMA, please contact USNC-Tech by email at communications@usnc-tech.com.

A subsidiary of Ultra Safe Nuclear, Ultra Safe Nuclear Technologies (USNC-Tech) designs and deploys advanced nuclear technologies for space exploration and other operations in remote and extreme environments. Based in Seattle, WA, USNC-Tech's technologies include fission and radioisotope power sources that can be used across various vehicles, spacecraft, and mission architectures from the deep sea to deep space. Since 2015, USNC-Tech has collaborated closely with NASA and other US Government agencies and industry partners to mature space nuclear power and propulsion technologies.